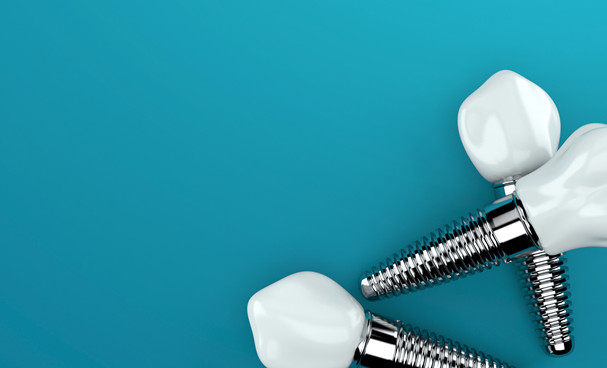 Dentistry is ever-evolving, with new practices and techniques regularly being approved by governing bodies. An increasing number of people have opted for dental implants in Melbourne as a preferred option to replacing a missing tooth and also maintain longer-lasting oral health.

But has science reached the pinnacle of this technology and is this as far as it will go for securing new teeth in the mouth? It isn’t a question of whether or not the procedure is good enough, it certainly has had a high rate of success over many years, but what comes next? As with all things, before looking into the future of a topic, one needs to understand its history.

The History Of Dental Implants

The need for a full set of teeth is ranked significantly high in value to mankind, not only for function but for aesthetic purposes too and the history of replacing missing teeth goes back to ancient times.

As proved by archaeological discoveries of crude implants having been discovered in China where bamboo replaced a missing tooth, and later in Egypt, where the first metal (copper) implants, which were hammered into the jaw bone, were discovered.

After failed experiments in the 1800s – where the human tissue and bone rejected foreign objects like gold and metal alloys -it wasnt until the 1960s that dentistry finally saw the first success of a titanium implant. This led to many more successes as the techniques and procedure improved.

The Future Of Dental Implants

Still to this day, the titanium screw technique is the most successful of its kind; with a 97% success rate in all individuals – as long as they have enough bone to stabilize the implant.

Furthermore, there are substances being developed that coat the screw which has promising implications for those patients who are suffering from bone loss conditions like osteoporosis.

Research conducted at the Universitat Jaume I in Castellon, has been developing a coating that dissolves into compounds releasing silicone which, when implanted into the bone, can help the bone build and repair itself.

The challenge that researchers are now facing is how to make the procedure itself faster and the waiting period between tooth extraction and implants shorter; they call this new priority a ‘shorter time-to-teeth.’ Prof.

Christoph Hämmerle of the University of Zurich’s Clinic of Reconstructive Dentistry, says that within the next 10 years that it is possible dentistry will see a 67% increase in immediate implant treatment after tooth extraction which shortens the current waiting period between the time of tooth loss to replacing it with a crown.

The professor also predicts that patient demands for implants will increase, the use of digital scanning technology in favour of probing will too become more widely used,

What Does This All Mean For Patients?

More dentists are undertaking implantation as common practice thanks to these ever-evolving technologies, and with new advancements always around the next corner, more people from different social statuses and walks of life will have the option for implants available to them.

Any surgical or invasive procedure carries risks. Before proceeding you should seek a second opinion from an appropriately qualified health practitioner.